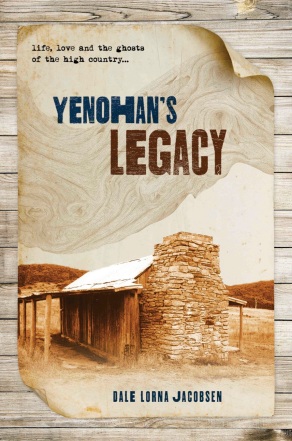 As Autumn approached, Roger called the families of Boboyan together for a brumby run. Within a few weeks they would begin mustering cattle for the long trip back north for the Winter and on to Sydney for market, and they needed to ensure there were sufficient horses for the job. A few spares to take to the horse sales wouldn’t go astray, either.

The brumby runs were a community affair. These horses belonged to the mountains, so the people of the mountains shared in their capture and ownership.

Early on the morning of the run, Nola heard the dogs bark the arrival of her neighbours in the house paddock. This was the first time they had visited Grassy Creek since her arrival.

Little clouds puffed from the mouths of each rider and horse to hang in the misty air as Nola crunched across the grass to greet them. They weren’t all men either. Nan Davies was as good a horseman as her husband, John.

At first Nola took this flat chested woman — dressed in moleskin trousers and shirt, with short brown hair tucked beneath a broad-brimmed hat — for a man sitting astride her mount, and was surprised when a female voice greeted her.

‘Hello Mrs Thompson. I’m Nan Davies. Your nearest neighbour from over the Pass.’

She pointed over her shoulder with her thumb.

‘I’ve been meaning to come and say hello for some time now.’

Nan leaned down from the saddle and offered her hand to Nola who accepted the firm handshake.

Then Nan beckoned to a boy and a girl who were waiting nearby.

‘These are the kids, Rebecca and Steven. Would you mind if they stay here while we go out after the brumbies? They won’t be any trouble. Just put them to work if they get under your feet.’

Nan suspected Nola would have taken part in the brumby chase had she not been so large with her unborn child. Nola, for her part, had no doubt she would become friends with this no-nonsense woman. They were of an age, although Nan’s angular face had seen much more of the sun than had Nola’s.

Rebecca approached the two women. She was a soft child, caught between puberty and womanhood, who bore the attitude of being more comfortable around the home than on a horse. Steven was ten and knobbly kneed, and not quite old enough to take part in the run. He hung back, resentment pulling his face into a scowl. Stan Robinson had brought three of his sons along and Jack Swift stood beside his only son, Michael.

Nola watched the party head off towards Mount Clear, fanning out across the valley searching for the tracks of brumbies, wishing she could have taken part.

Yenohan was sitting by the fire with her mother, Mooroo, when the men rode across the creek. The tall slim man with the big black beard, who she knew to be the white girl’s father, waved to them. Yenohan lifted her hand to wave back, but her mother caught her wrist and forced it back down by her side.

‘No girl! Look away. You must not wave to those men. They grab girls like you and take them away from us. Make them sick or give them babies with pale skin. Sometimes, they never come back. You’ve got to be very careful, especially when we don’t have our own men to scare them off.’

Yenohan had noticed her mother and aunties were particularly nervous when their own men were away hunting the jar bon moth or mustering the white men’s cattle.

But her people had grown to depend on the tea and sugar and baccy the white men exchanged for help with mustering the white-faced cattle. And, once a year, the boss man killed a big cow and left it out for them to eat. Mooroo said this was a small price to pay for using land her tribe had wandered since the beginning of time.

Joe led his father and uncles to the site where he had last seen the horses at the foot of the mountain. They found them gathered in their day camp beyond the frost hollow, and the riders approached slowly, not wanting them to run just yet. The stallion eyed the approaching horsemen with suspicion and nipped his mares into a canter. The wild horses followed their well-worn path to safe ground higher up the mountain. The riders followed at a distance.

Halfway up the mountain, at the entrance to a narrow gorge, Stan and John were waiting, hidden within low scrub. During the past week they had constructed two sapling wings that funnelled into the gorge. Each wing followed a spur for a mile and was well screened by bush. They knew the horses would come this way: their track ran right through the gorge. That morning, the men had blocked off its far end.

As the brumbies approached the concealed wings, Roger cracked his stock-whip. At full split — mares and foals up front, the black stallion at the rear — the horses thundered straight up the side of the mountain into the jaws of the trap set for them. The riders tailed the horses, growing closer with each stride. The stallion overtook his harem heading for the top of the mountain but Alec, on the left wing, cracked his whip and the horses veered to the right. Following instinct, the wild animals headed for the protection of a densely forested ravine.

The trees whizzed past in a blur as Joe gave Whisper his head. The wild horses charged through the thickest bush attempting to shake their pursuers, but Whisper skilfully found his way between the trunks. The Boboyan riders kept pace with the horses, steering them by the crack of their whips. Nan rode on the right wing, keeping level with Alec on the left, the horses between.

The horses broke through the bush, nostrils flared, breath rasping to be greeted by Stan and John who, upon hearing the approaching thunder of their hooves, sprang from their hideout. The wild horses, spooked by the sudden appearance of men, were left with no choice but to run between the two granite pillars.

As the last tail flew past, Nan dismounted and pulled hard on a rope. A sack, weighted by a thick branch sewn in the bottom, dropped to block the entrance. The horses circled inside the enclosure, trapped, looking for escape. Their eyes flashed fear and fury.

Alec took control. Selecting some of the quieter pack horses, he led them into the enclosure with the thirteen bush horses. The stallion eventually calmed, sending a message to the rest of the mob that began to relax as they sensed that their leader had lost his fear. But night was closing in. The riders rubbed down their saddle horses and hobbled them nearby, then fed their dogs and built a fire on the leeward side of the corral. They cooked a simple meal. Rolled in their swags, they talked until the adrenaline finally slowed in their veins, then one by one, fell asleep with their heads on their saddles.

The sun rose to find Roger and Alec quietly walking among the brumbies, beginning the long task of getting them used to humans. They blindfolded the stallion and mares for the trip back, knowing that if the horses couldn’t see where they were, they wouldn’t try to escape. They secured halters to all bar one: a chestnut mare they could not pacify.

‘Let her go,’ called Alec as he swung the gate open. ‘There’s always one rogue. We’ll catch up with her next time.’

The rest of the camp ate breakfast and packed their saddle bags ready for the ride back down to the valley floor. Roger handed the reins of the two golden foals to Joe to lead out. Once they were far away from Mount Clear, they removed the blindfolds from the older horses. Now lost, they didn’t try to escape.

When they returned to Grassy Creek, Alec put the twelve brumbies into the horse yard with the packhorses, then waited outside the yard for the wild horses to settle. Hours passed before Alec made his next move. He’d made his mark. He entered the yard talking constantly in a smooth, barely audible voice and approached the black stallion from the side. He gently laid a hand on its thick mane, talking, talking, constantly talking, never taking his hand off the horse, then worked his way to the ears, fondling, stroking the nose, the forelock.

He brought his whole body in contact with the horse and began to crawl over him, playing with the thick tufts of hair around the horse’s fetlock. The stallion bent his head and grazed. Alec took the cue and crouched beneath, stroking the animal’s belly. Nola gasped as she saw this.

Roger motioned to Nola, and everyone else, not to make a move or a sound. He had seen his brother work his magic many times. Wild animals trusted this man who was devoid of social graces.

Supper was a very happy affair around the Thompson’s kitchen table that evening. They had secured twelve good horses which they would share evenly between the families. Not a bad day’s work.

After dinner, Roger wandered outside to smoke his pipe. He saw Joe leaning on the top rail of the enclosure gazing at the stallion.

‘He’s too frisky for you, lad,’ he said as he approached the yard, packing a fresh load of tobacco into the clay bowl with his thumb.

‘I don’t think so Joe. Besides, he’ll fetch a pretty price at the sales.’

Joe had learnt well from Alec. He slipped beneath the rail and approached the horse, following the same procedure he had seen earlier that day. Roger watched his son’s confidence. Before long, Joe was stroking the animal’s neck. It lifted its head and turned towards Joe, snorting as if nodding acceptance.

Dan was to return to Melvale to help Harry through the coming Winter. This did not please Joe who mooched around on Whisper as the days shortened. Forced to leave his school friends behind when the family left Queanbeyan, he had transferred his affection to Dan. He shadowed his uncle, learning about horses, cattle and life.